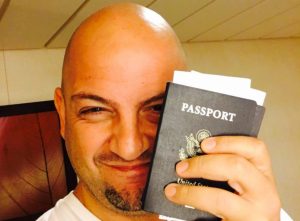 One Man's Journey to Reach 100 Countries

I have visited Mexico about 30 times in my life. Cabo San Lucas, Mazatlan, Puerta Vallarta, Cozumel, Cancun, Ensenada and Tijuana. Anytime I spoke to a Mexican from Mexico City about that though they always said the same thing, “Mexico City is very different from the rest of Mexico”. I couldn’t agree more.

Sitting in a bar back in October I was trying to figure out the best route from Tampa to Las Vegas after celebrating  New Year’s Eve in Florida. I came across this killer deal on Southwest for a total of 9000 miles, I could fly to Mexico City and spend the week and then fly To Las Vegas. I would normally spend at least that much on a flight back to Vegas so I was intrigued. Next came lodging. A quick hop over to Airbnb located a perfect apartment in the heart of the DF (Federal District) of Mexico City. At $25 a night it seemed like I had found the perfect place on a perfect budget. So a week in Mexico it was to start off my new year. 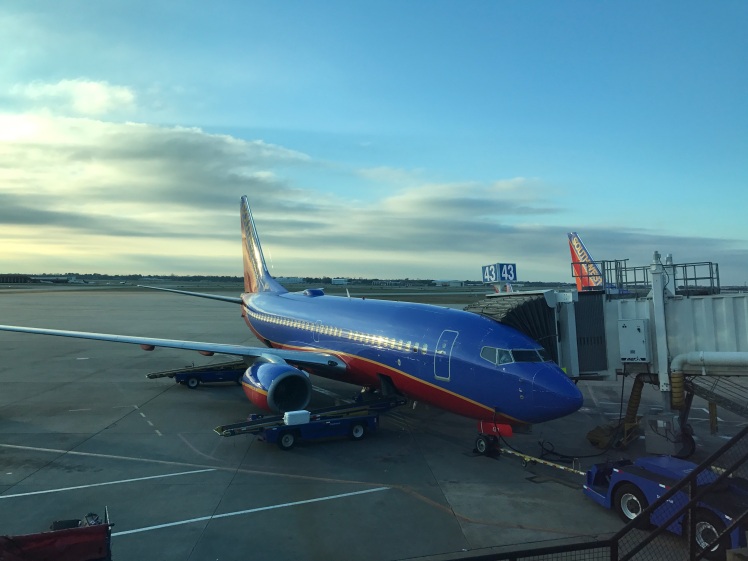 After a quick change of planes in Houston, we arrived in Mexico City in the early afternoon. Thanks to Southwest and their great policies, my bag was checked free and I even had a few complimentary beers with coupons they constantly send me. Picked up our bags and headed out to the curb. Requested an Uber ride and was in the car within 5 minutes. Now a 30-40 minute ride would normally cause panic with a metered cab but thanks to Uber, my fare was just over $3! I think I am going to like it here. The other nice perk was I didn’t need pesos yet to pay for the ride so I didn’t worry about changing money at the airport and getting awful exchange rates.

We quickly found our new apartment and were blown away by how nice the building was and how modern and cool the apartment looked. The room was a bit small but with our own bathroom and access to a kitchen, dining room and living room, we were very comfortable. Quick unpack and it was time to do what I do best…beer and tacos!

Jumped on Yelp and found a well reviewed brewery and restaurant a block away. On the walk there I popped into a major bank and withdrew money from my USAA checking acct. Great benefit of USAA is they reimburse all ATM fees and give you the exact daily rate. I loved my meal of ribeye tacos and a few great beers. Walked around for a few hours afterwards and found this crazy place that has been cranking out churros 24 hours a day since 1933! A little gluttonous dessert and I was feeling very pleased with the first day. I noticed the streets were very clean and the city was very beautiful. I easily navigated around using Google maps and thanks to T-Mobile and my free international roaming, it was like being at home and my phone worked perfect.

The week was spent doing a ton of walking. Part of what I enjoy in any city I travel to is to just walk around all day and try out street foods and see local architecture and how local people live. We jumped on a hop on hop off bus one day for $3. This gave us access to all 4 of the busses routes and we spent about 6 hours riding around the city seeing the sights. Another day we went to the Palacio de Bellas Artes. This was a museum and while I don’t usually visit many museums, I couldn’t resist the chance to see the inside of this gorgeous building. The entrance fee was $3 and we spent about an hour looking at the awesome murals and architecture.

Little looking on TripAdvisor for things to do found us a great guided tour out to Teotihuacán pyramids. Just north of Mexico City are the mysterious Teotihuacán pyramids, built in 300 BC as the centerpiece of an enormous city that is often compared to ancient Rome. For $28 each, we met a guided tour group who took us out to the pyramids and we spent about 6 hours climbing them and getting a great history lesson while walking amongst the ruins. Very memorable day and the ability to climb one of the tallest pyramids on earth.

The rest of our days were spent walking the different neighborhoods and trying out all the different foods we came across. Evenings we usually went to nice sit down restaurants and then found a cool beer bar or mezcal bar to end our nights. We couldn’t have found a better location as everything was walking distance and we never had to take a cab the whole week.

I was pleasantly surprised at how beautiful and safe Mexico City was. At around 7500 feet above sea level, the weather is very pleasant year round. The people we met couldn’t have been nicer and everyone was honest and friendly. Most things we encountered were an absolute bargain. We bought a few small souvenirs and even got a mani/pedi at a high end salon in the neighborhood. I kept thinking about how much nicer this city was than many of our own. Great public transportation and beautiful architecture. No shortage of pharmacies, convenience stores and great places to eat, all at a fraction of what we are used to paying back home. My total spent for the week including my half of the apartment was $450 and 9000 miles. This was a trip I would certainly be repeating. 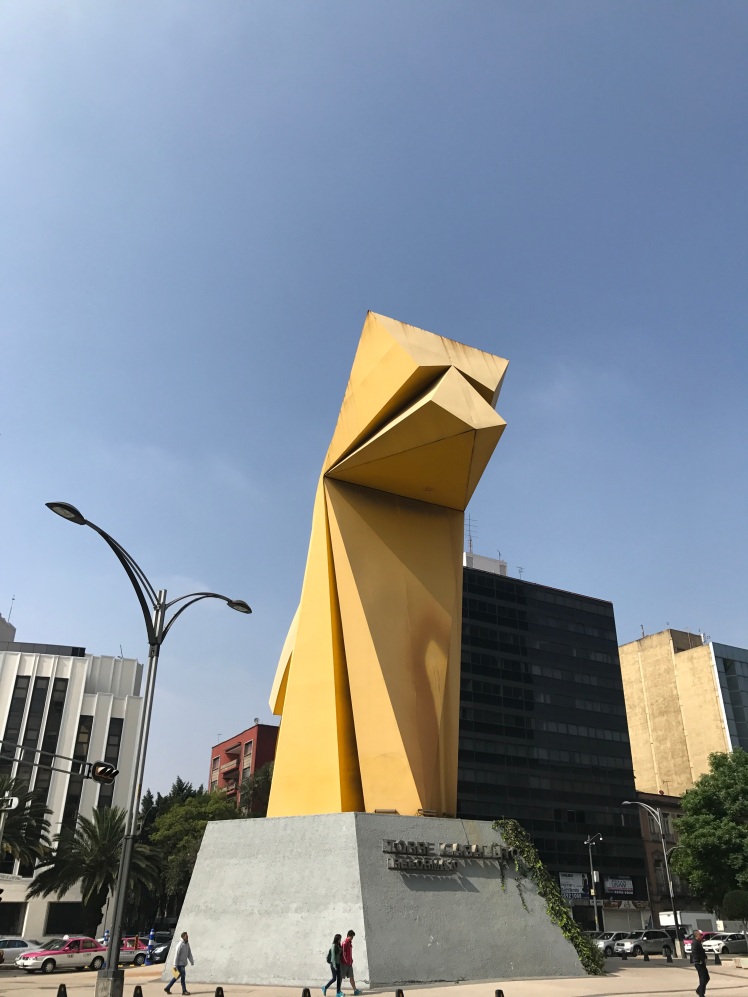 When I told people I was going to Mexico, I was met with a similar response most of the time. “Is it safe?” I get this same question so many times when I am traveling so many places. I am saddened by how much fear our government and our society has placed in our citizens. When we are led by a lunatic who believes that building a wall is any kind of a solution. When we think we should just send them all back. When we have no first hand experience in other people’s beautiful cultures, we are truly the only ones who lose. Don’t let irrational fear rob you of life’s greatest pleasures. Go and explore and find out for yourself that the last thing this world needs is a wall, we need more bridges. 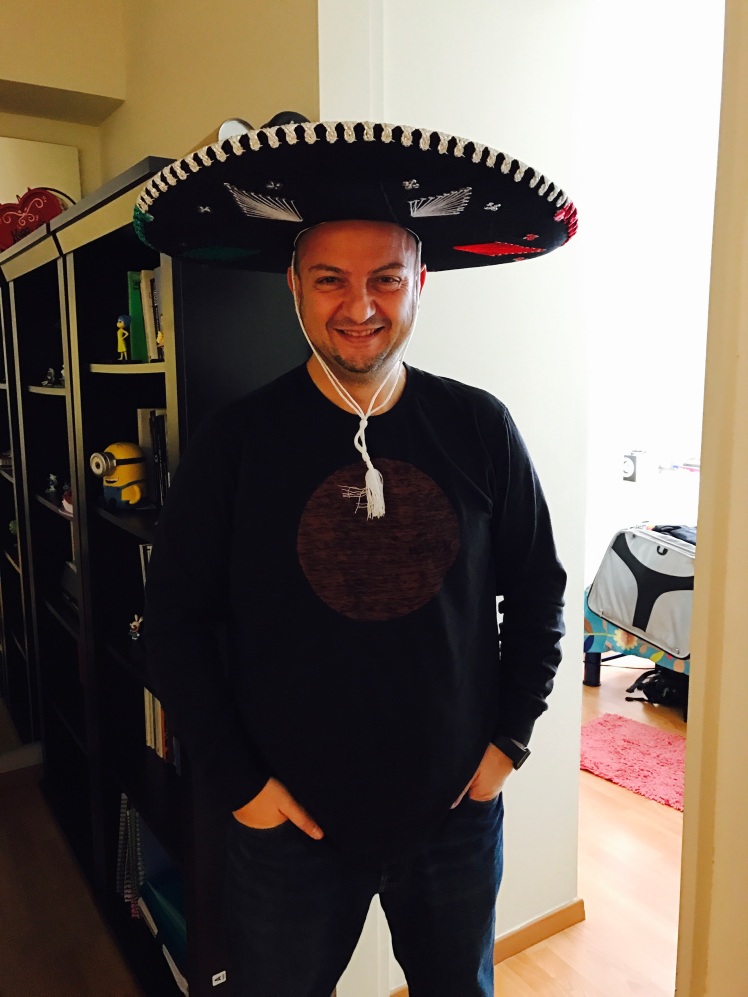